US Welcomes Breakthrough to Ease Rift Between Gulf Countries and Qatar 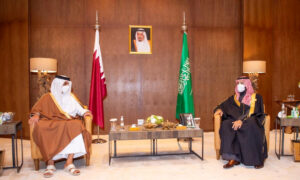 The United States has welcomed the pledge made on Tuesday by Gulf Arab leaders to restore cooperation with Qatar in military, economic, health, counter-corruption, and cultural initiatives following Saudi Arabia’s decision to end a 3 1/2-year embargo of the tiny energy-rich country. Saudi Arabia and its three Arab allies agreed to restore full ties with Qatar at a summit of the Gulf Cooperation Council (GCC) in the Saudi Kingdom on Tuesday, the Saudi foreign minister said. Saudi Arabia’s foreign minister Faisal Bin Farhan al-Saud promised to end a boycott of Qatar in 2017 with the aim of strengthening an Arab alliance against Iran. Saudi Arabia, the United Arab Emirates, Bahrain—member states of the GCC—and Egypt severed their ties with Qatar, including closing transport routes in 2017, over allegations that Qatar supported Iranian-backed terrorism. Qatar denied the claims. Farhan al-Saud told a news conference after the gathering of Gulf Arab states, …Read More

Independent Panel: CCP and WHO Delays Increased Spread of Virus...

Stossel Column: Standing Up to the Mob