It’s A Miracle! COVID Restrictions Are Suddenly Going Away In States Run By Tyrannical Democrats
LYING FOR VOTES? Biden 2 Months Before Election: “I never told the environmentalists that I’m going to...
Twitter Lawsuit Alleges Child Porn Blackmail Does “Not Violate the Platform’s Terms of Service,” Nor Does Antifa/BLM...
Make No Mistake! “Donald John Trump Incited The Erection Insurrection” – Chuck Schumer, Is He Flashing Back...
BLACKMAIL: Cash For Covid RINO Steve Stivers Demands Stimulus Checks Be Used To Force Vaccines As Chinese...
Pelosi Dreams of Murder, Calls Trump “An Accessory”
5-Star President Trump Gives Permission for US Troops to Stay at Trump Hotel in Washington DC
With Biden Sworn In, Trump May Have New “Ironclad” Legal Claim
[VIDEO] Senile Old Coot Biden hears “Salute the Marines” in his earpiece and like an idiot repeats...
Thousands of National Guard Troops Forced To Vacate Congressional Grounds, Rest In Nearby Parking Garages…Many Will Remain...
Curated by: Robertson ReportMiddle East 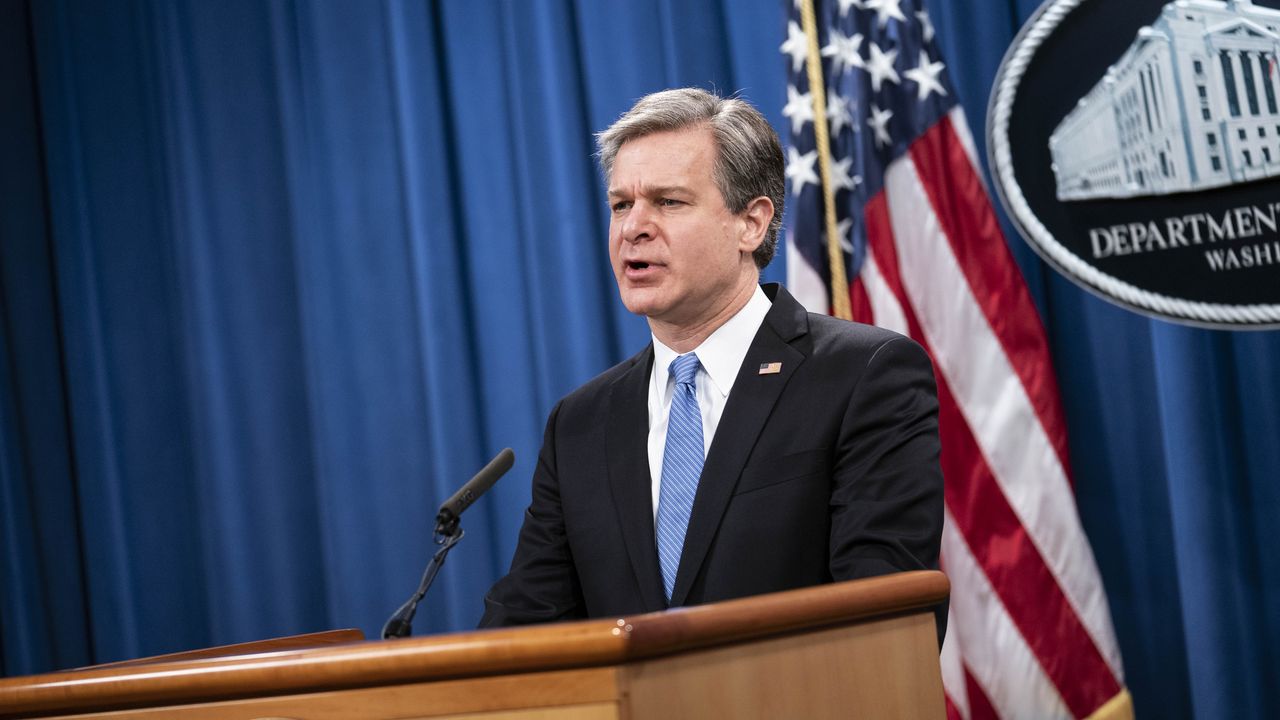 Investigators found Iran was behind an online drive to incite lethal violence against FBI Director Chris Wray and other officials who refuted President Trump and his supporters’ baseless election claims, the Washington Post first reported Tuesday.

Why it matters: The FBI’s findings on the “Enemies of the People” site, which outlets report included officials’ addresses and other personal details with photos of them featuring crosshairs, indicate Iran has tried to cause discord in the U.S. before and after the election.

Details: Other targets on the now-defunct site and associated social media posts include former election security official Chris Krebs, who was fired by Trump after debunking election misinformation, alongside false claims about the result, WashPost notes.

Of note: Another Dominion worker is suing the Trump campaign and others for for spreading false conspiracy theories, while Kemp said last week that pro-Trump conspiracy theorists had threatened his family.

What they’re saying: WashPost obtained a statement from the FBI sent to officials featured on the site saying it had “highly credible information indicating Iranian advanced persistent threat actors were almost certainly responsible for the creation” of the site “containing death threats aimed at U.S. election officials in mid-December 2020.”

For the record: Director of National Intelligence John Ratcliffe said in October that Iran had sent threatening emails to Democratic voters in the U.S. and spreading videos claiming people could vote more than once.

Israel tries to use top U.S. general Mark Milley as conduit to Biden on Iran