Reporter Who Traveled With Biden Tests Positive for COVID-19 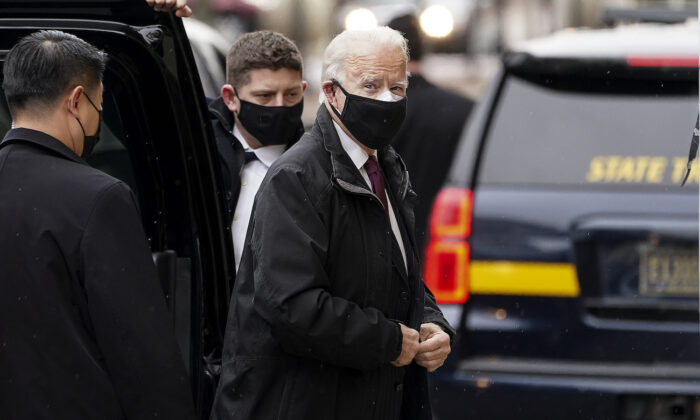 A reporter who traveled with Democratic presidential candidate Joe Biden on Tuesday has since tested positive for the CCP virus.

The positive PCR test came on Wednesday after the reporter was working as part of the Biden press pool on Monday and Tuesday. The reporter also traveled to Georgia with the former vice president on Tuesday.

In a statement, the team said that the reporter was not in close contact with Biden.

“We initiated contact tracing protocols immediately, and this person was not ever in close contact as defined by the CDC [Centers for Disease Control and Prevention] with [Biden],” the team said. “He also adhered to masking and social distancing guidelines at all times during the trip.”

It added that one of the communication staffers on Biden’s team is now in self-quarantine.

“Out of an abundance of caution, one member of our traveling communications team who was in close contact with this individual will self-quarantine for seven days and other members of the traveling press pool who were in close contact with this individual are not on pool duty today and will not be until they clear the window for being infectious,” it said.

“No other member of [Biden’s] staff has been assessed to be at risk for exposure or transmission of the virus.”

The case was announced on Wednesday just before Biden introduced Pete Buttigieg as his nominee for transportation secretary.

During a Monday speech, the contender for the presidency had a raspy voice and continued to cough or clear his throat, especially nearing the end of the speech. Biden later told reporters on a call after the speech that he had a “bit of a cold,” according to Fox News.

The White House Correspondents’ Association has said that the person with the positive test is having “mild symptoms” and is self-isolating, reported The Hill.

Biden has claimed victory in the 2020 election. President Donald Trump is contesting election results in key battleground states. The Epoch Times will not declare a winner of the 2020 presidential election until all legal challenges are resolved. 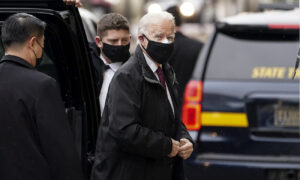